Isabella Delbakhsh was awarded the fund raiser of the year award for helping the charity raise over $2500.00.  Isabella donated over $1000.00 from her own birthday party.  Isabella set up a gofundme.com page and asked her guests to donate to “A Birthday Party Wish” instead of giving her presents. Then, she proceeded to raise more money for the 2014 Epcot Test Track Fundraiser by selling tables and securing silent auction items.  Additionally, Isabella donated many brand new designer shoes for the charity to sell to raise even more money!  Isabella is one of the most dedicated young philanthropists on our board and we are grateful to have her as a part of our charity!

Isabella has also helped the charity by donating many new pairs of shoes such as the one below  that have been sold to benefit the charity on ebay! 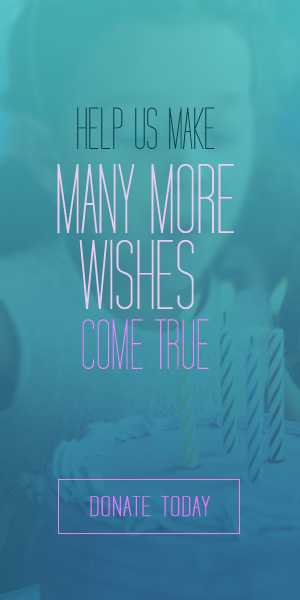